Rioja and the Basque Country Deluxe

When you book with an account, you will be able to track your payment status, track the confirmation and you can also rate the tour after you finished the tour.
Sign Up
1962

A luxurious food and wine journey through the spectacular scenery of northern Spain.

The northern coast of Spain has a mystical allure with its lush verdant countryside, wild Atlantic views and spectacular mountainous backdrop. With a wet and temperate oceanic climate, similar to that of Ireland or the UK, this part of the Iberian peninsula is often referred to as Green Spain and it stretches from the Basque Country in the east to Galicia in the west.

South of the Basque Country lies la Rioja, a region with a distinctive personality, associated with the Camino de Santiago and picturesque hilltop towns, but more so with wine. With a long tradition, dating back to the 17th Century, Rioja was the first Spanish wine region to obtain Designation of Origin status. Rioja wines have evolved steadily, consolidating a deserved recognition for La Rioja as one of the most prestigious wine-producing regions in the world.

On this Deluxe tour of Rioja and the Basque Country you will arrive in the city of Bilbao and transfer directly to the heart of La Rioja for 2 days of biking around the picturesque valley of the Ebro river through rolling landscape dotted with charming medieval towns, beautifully preserved Romanesque churches and numerous wineries. Staying in the ultramodern Hotel Viura, you will feel the harmony of the subtle blend of old-world charm and contemporary luxury.
From Rioja you will bike towards the stunning town of San Sebastian to spend a night in one of Spain’s most elegant and luxurious hotels, Hotel Maria Cristina, which has been hosting discriminating guests since 1912. After a night of gastronomic exploration in the city renowned for its culinary talent, we bike along the Atlantic coastline into the land of txakoli (pronounced “chak-oh-lee”), Spain’s proudly Basque wine, for a welcoming stay among the vineyards in the country retreat of Hotel Iturregi.

Our final day of biking brings us back to Bilbao, the largest city in northern Spain, which boasts one of the most impressive feats of modern architecture of the 20th century, the Guggenheim art museum designed by architect Frank Gehry. After a final gourmet meal in the museum’s renowned restaurant, you can stroll through the city’s old town for a final glass of farewell txakoli.

After meeting in Bilbao this morning we transfer by van south of the city into the heart of the Rioja wine region. Following a quick bike ride to get used to your new wheels, we will stop for lunch in a winery before continuing on our journey through this picturesque landscape surrounded by sprawling vineyards and medieval hill top towns.

Tonight you will stay in the ultra-modern and stylish Viura hotel, in the charming town of Villabuena de Alava.

Today our bike ride takes us on a tour of the area’s numerous wineries with plenty of opportunity to sample the local reds that this area is so renowned for. We will pass through the towns of Briones, Labastida and Haro with some occasional climbs and glorious downhills.

This morning we hop on the bikes for a final ride in the Rioja area before making our way by van transfer in the afternoon to the stunning coastal town of San Sebastian.

Staying in one of Spain’s most luxurious hotels, the Maria Cristina, you will have time this evening to sample the delicious gastronomic delights of the region’s food capital.

Leaving the city of San Sebastian today we make our away along the spectacular coastline of this part of the Basque Country passing by the popular surf town of Zarautz before arriving in the charming fishing port of Getaria.

Our luxurious country hotel, Iturregi, is set amongst txakoli vineyards, which produce the slightly sparkling white wine that this area is renowned for. Tonight you can relax in the peaceful surroundings of the hotel whilst sampling this proudly Basque wine and enjoying the magnificent views.

The final day of biking takes us from Getaria along the coast back towards the city of Bilbao. Along the way we will have the opportunity to see some spectacularly unique sights, such as the Oma Painted Forest in the natural reserve of Urdaibai, and the stunning islet of San Juan de Gaztelugatxe.

On arrival in Bilbao you will have time to visit the world-renowned Guggenheim Museum, which is located right next to your hotel for the night. After a final gourmet meal in the museum’s renowned restaurant, you can stroll through the city’s old town for a final glass of farewell txakoli.

It´s time to say goodbye after an exciting trip, whose memories will accompany us on our journey home and hopefully encourage us to return to Spain again in the future!

Your Bike Spain guides will transfer you to Bilbao airport for your onward journey. If you would like to extend your stay to include some extra nights in the region, we will be more than happy to arrange this for you!

Located on Bilbao´s Golden Mile, Hotel Miró is your best option for getting to know the city.

Decorated by Barcelona fashion designer Antonio Miró, it is ideally positioned opposite the Guggenheim Museum. Chic, contemporary decor, this hotel is all about merging good old fashion.

When searching for a haven of relaxation close to big cities such as San Sebastian and Bilbao Hotel Iturregi is the place to be.

Situated in a nature reserve, surrounded by vineyards as well as rolling hills and close to the Bay of Biscay, this accommodation offers beautiful surroundings perfect for outdoor activities such as biking. With only 8 rooms the guests are ensured of a peaceful and exclusive stay. Every room is decorated in a tasteful and unique way, each with an exceptional view, creating the classy boutique hotel feeling. The magnificent setting of the swimming pool just invites you to relax and enjoy the sun, while sipping from a cold drink.

Hotel Maria Cristina is located on the bank of the river Urumea, which flows into the sea less than a kilometer further.

The building dates from 1912 and has a Belle Époque style with the original features still present. The setting of the Hotel, which is close to the beach, the bay of la Concha and the city center of San Sebastian, is perfect for exploring the city. The interior breaths luxury and serenity with its pallet of grey and white, finished with a touch of purple, taupe and green. The rooms are very elegant and have everything to ensure a pleasant stay. Overall the atmosphere here is very intimate and welcoming and the staff is extremely helpful in case you have certain needs or questions.

The Silken Gran Hotel Domine Bilbao is a design hotel representing the height of luxury.

Created by Spanish designer, Javier Mariscal, it is located opposite the world famous Guggenheim Museum. As soon as one enters, Mariscal’s monumental 26 meter high sculpture rises to the dome which crowns the terrace. The furniture throughout the hotel is like an encyclopedia of 20th century design. Playful, charming and luxurious, each of the hotel’s five floors has its own color code. The hotel also has a fitness center, a sauna as well as magnificent rooftop terrace with a restaurant that boasts a panoramic view of the river and the Guggenheim Museum, creating a magnificent dialogue between art and style.

The design hotel Viura is a tourist attraction on itself, with its ultramodern architecture surrounded by ancient buildings.

The name of this hotel comes from the most planted white grape in Rioja, which is the Viura grape. All rooms are spacious with a modern design, offering a great view on the surrounding buildings and the countryside in the distance. Delightful dinners are offered in the restaurant, based on Riojan and Basque cuisine and accompanied by local wines. 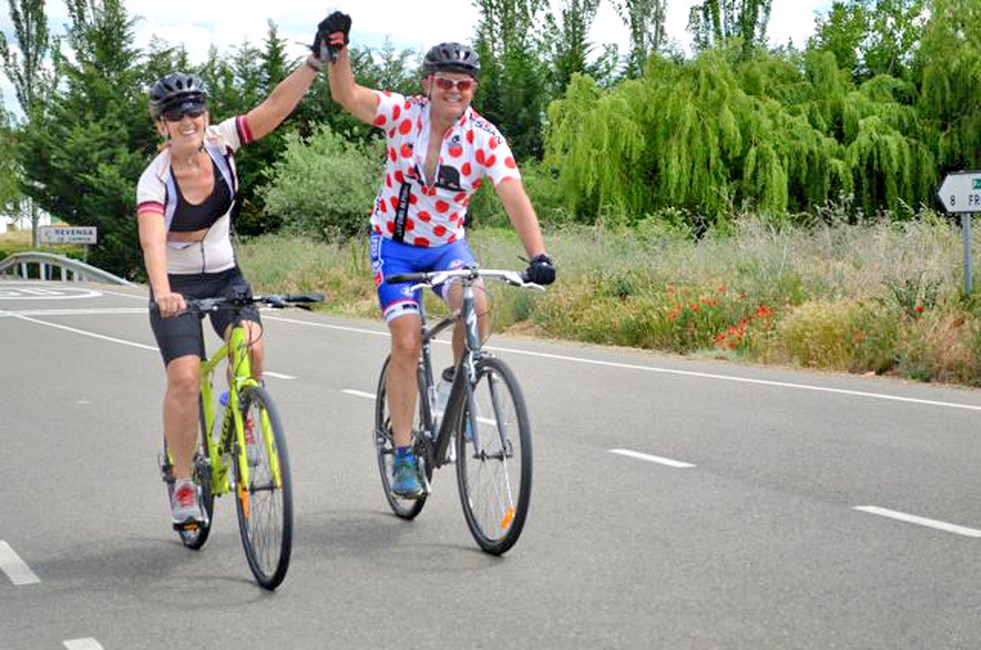 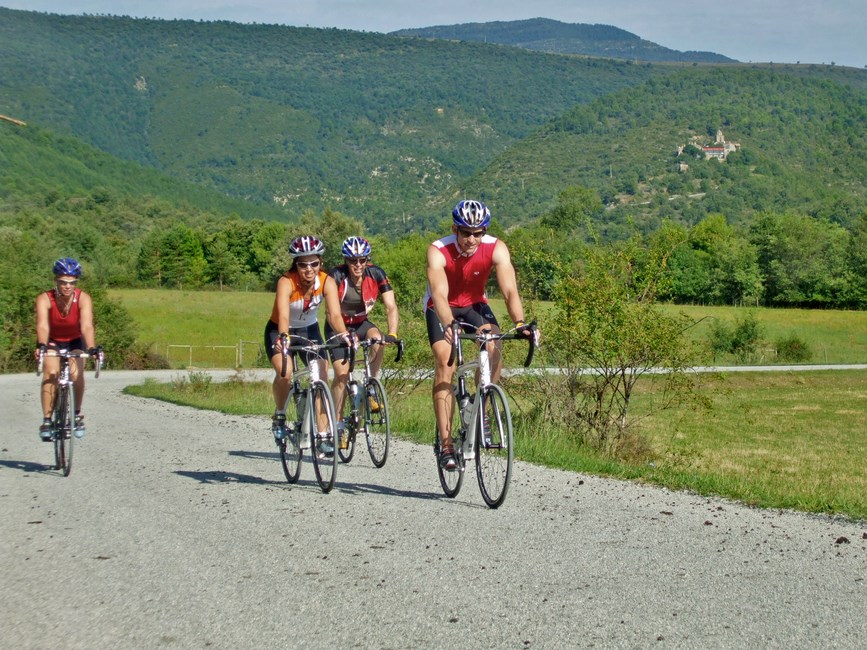 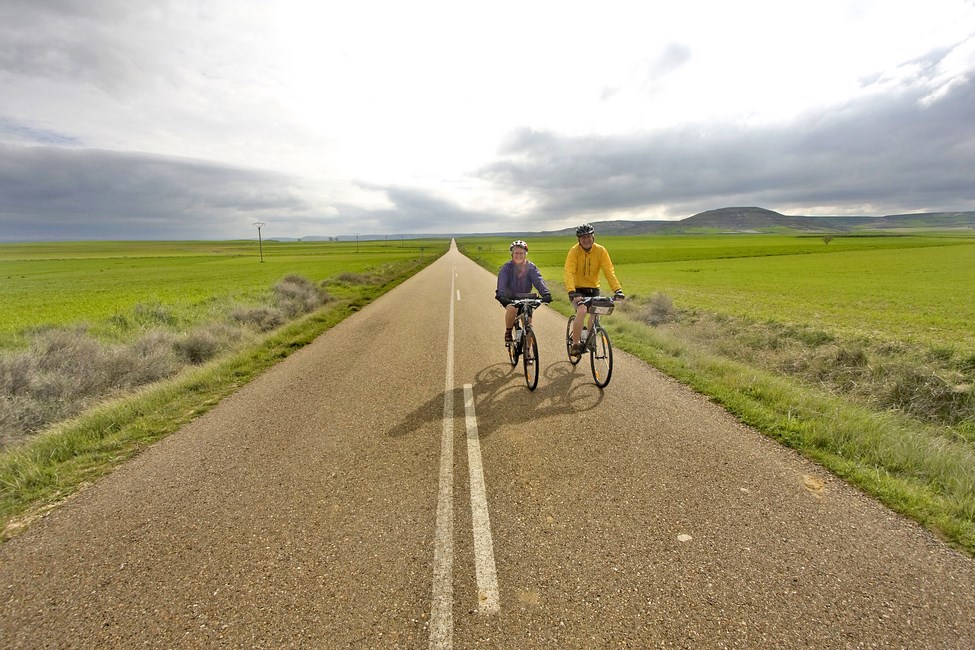 Rioja and the Basque Country Deluxe

A luxurious food and wine journey through the spectacular scenery of northern Spain.
Please specify above the number of participants to the tour before adding to the Cart.
SKU: NOR18LUX Category: Spain / Guided
Additional information

Cantabrian and Asturian coast and Mountains